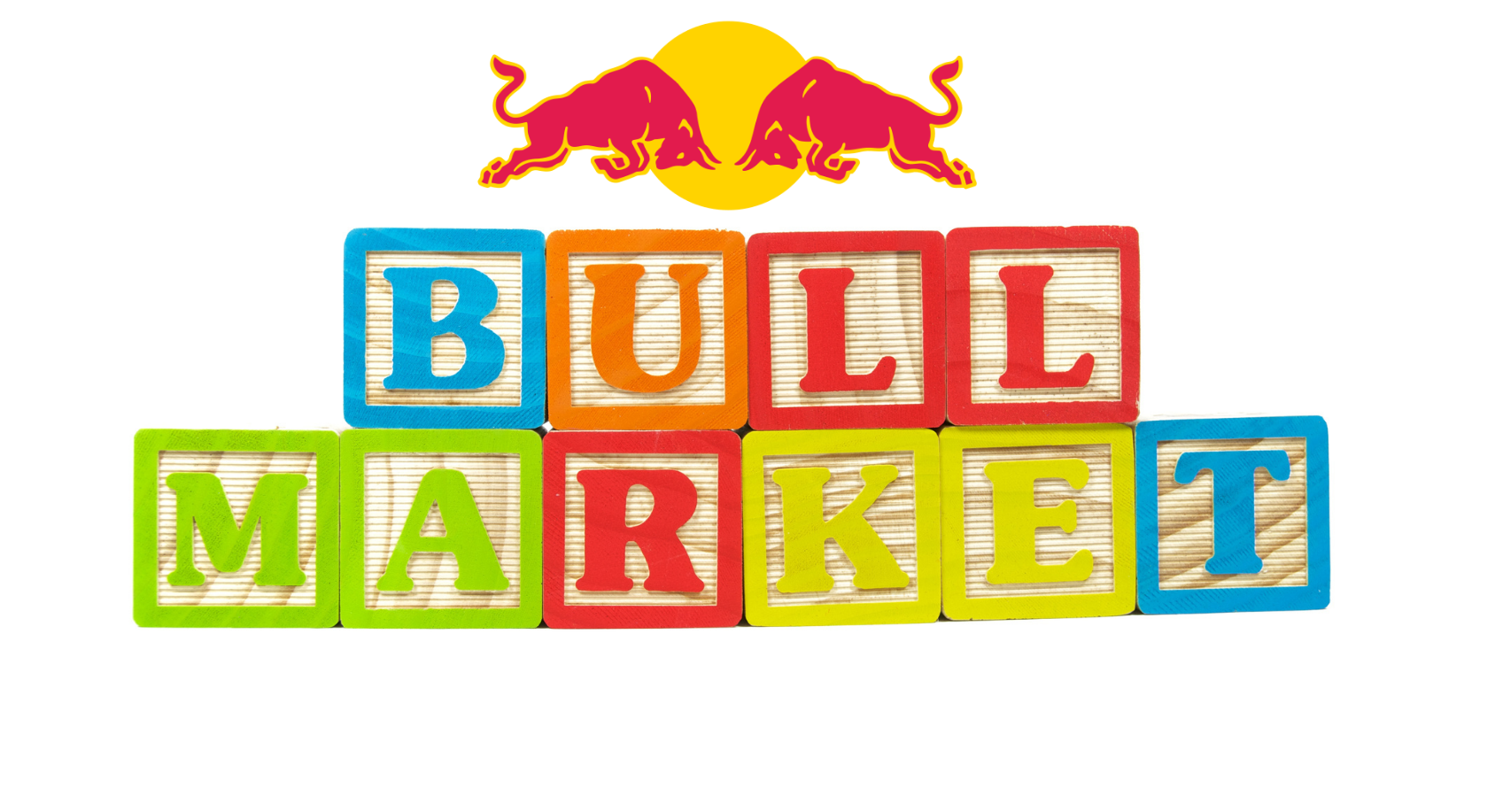 Red Bull can be called a pioneer in the energy drink category worldwide. Red Bull was the brand that created the energy drink category. The brand came into existence in 1984. Although the brand has been keeping a low profile compared to the Cola majors, Red Bull has created a category of energy drinks in the markets of Asia and middle Europe. According to Economic Times, the energy drink market is estimated to be around 100 Corers. The market now has 2 main players Red Bull and Power Horse. Red Bull has an assessed market share of 29% of the global market of energy drinks. In the U.S., Red Bull enjoys 47% shares of the energy drink market and now has a 50 % share of the German Energy Drink Market. More than a billion cans of Red Bull are consumed each year. Red Bull was made for increased physical and mental stress movements and improved endurance, alertness, concentration, and reaction speed. It is very high in sugar (27 Grams) and also contains Glucuronolactone, B-Complex Vitamins, and Caffeine (1 Can of Red Bull contains 80MG of Caffeine, as much as a cup of coffee).

However, its primary ingredient is Taurine, Amino Acid that is found naturally in the body, particularly in the tissues. According to the company, this ingredient is essential to the beverage as it is a key substance that the body loses its times of stress or physical exertion, which must be replenished. A Sugar-Free Version had been available since the beginning of 2003. It is popular as a mixer, notable with Vodka. Dietrich Mateschitz fine-tuned the product, develop the unique marketing concept, and started selling Red Bull Energy drink on the Australian market in 1987. Red Bull got off the ground in no time. In 1992, it was sold in its first foreign market, Hungry. Red Bull is exclusively produced in Austria and exported worldwide. The drink is available in over 100 countries, and almost 1000 million of the Slim 250 ML cans were sold in 2000, 260 million of them in the UK.

Supported by sleek advertisement and with its high price small blue and silver cans, Red Bull was targeted at young urban professionals. The advertising slogan of Red Bull in the United Stated and the United Kingdom is “RED BULL GIVES YOU WINGS” and focuses on the stimulant properties of the drink.

The UK total market is large and competitive, with many powerful full and famous brands with large marketing budgets competing for shares. As a result, the market can be an ever-evolving test for brands that wish to continue to grow in a category that is currently worth £3.55 Billion. Within the cold drinks market, the increase in the soft drinks category has been slowing; however, growth has been driven considerably by the energy drink sector, which was worth an estimated £940 Million in 2006 and has grown plus 26% since 2010. The energy drink category continues to grow at pace with brand extensions and new entrants to the market emerging every year. This represents both a challenge and an opportunity for the category-leading brands.

Since its launch, Lucozade has been the market leader in the energy drink category, with just under 60% value share of the category. Key competitors include Red Bull and Powerade with 27% and 4.5% value share, respectively. 2010 also witness the introduction of several private labels sport and energy drink launches from the major grocers. The rest of the market is made up of the overabundance of smaller brands, pre-dominantly operating in the stimulant drinks sector and distributed via the impulse channel and on-trade environment.

Red Bull is the world’s leading manufacturer of energy drinks through its Red Bull brand. Its energy drink is exclusively produced in Austria and consumed in more than 100 countries worldwide, throughout Europe and many parts of North and South America, Africa, and Australia.

Within the energy drinks market, Red Bull is the industry leader throughout the world. It has annual sales of a Billion cans with a significant presence in Europe and the U.S. In 2009 it achieved an 80% brand share of the UK energy drinks market. In Europe, the company produces 2/3rds of overall volumes in the region. The brand is present in 13 West European Countries and holds the lead in 12 of these, and the rest of the top 20 brands take a combined 17% shares.

The heavyweight promotion and expansion of the Red Bull brand, which brought the concept of stimulation drink to the western market, has driven functional drinks growth over the years. The company employees well-targeted marketing campaigns that appeal to the core 18-25 age group. It has promoted its product using its Red Bull “Gives You Wings” slogan and sponsoring Formula1driving; free skiing; BMX Biking, and other dangerous sports. This has significantly increased consumer brand awareness of the product and differentiated it from its competitors.

Red Bull has established an alliance with Cadbury Schweppes in Australia. The alliance has helped expand the brand marketing distribution, allowing more customers to have access to Red Bull across the nation. Sales, which are already 40% up compared to the same time last year, are set to rise dramatically as a result of the pending partnership.

A number of new energy drinks were launched in 2006. Raw energy fuel sell is a Canadian Vitamin and Glucose drink which is endorsed by World Wrestling Entertainment (WWE). This product contains no Torine and has less Caffeine than Rival of Rings.

The company only markets one branded product, Red Bull energy drink (along with a sugar-free variety). It is therefore vulnerable to market fluctuations, especially as the energy and sports drink category in which it operates is the smallest sector of the overall soft drinks market.

Extensive marketing efforts are required for Red Bull to boost product sales. In addition, the energy drink has a high association with fashion and youth trends, and the company must project its self in line with this in the face of giant revivals such as Pepsi Co.

Red Bull has recently retailed an initiative to use vending as a new route to increase sales. Vending is increasingly acting as an important advertising vehicle, and the company is exploiting this avenue in order to stimulate growth.

New entrants into the market are unlikely as extensive marketing and promotion are required to retain market share, leading to large financial resources.

With a sales drive from 100 countries, Red Bull has an extensive geographical reach. The company is building upon this by making inroads into developing markets such as India. Red Bull will initially be promoted in North, East, and Central Asia with a view of rolling out the product to further regions in the long term.

Red Bull energy drink has been banned in France due to concerns over its high Caffeine content. Experts fear that the drink could be potentially deadly when combined with Alcohol or when drunk after tiring exercise.

The energy drinks market has witnessed slowing growth in recent years. In 2008, the U.S. carbonated soft drink industry posted a volume growth of only plus 0.6% overall.

The type of marketing that should be employed will vary on the target market but will broadly fit along with four types. A market coverage strategy in which a firm will decide to ignore market segment differences and go after the whole market with one offer. Differentiated marketing; a market converge strategy in which a firm decides to target several market segments and designs separate offers for each. Finally, the practice of tailoring products and marketing programs to the needs and wants of specific individuals and local customer groups includes local marketing and individual marketing.

Red Bull is a popular drink amongst men in particular, with its largest consumers consisting of Athletes, Students, and Night Clubbers in need of a late-night shift. However, the brand is marketing to opinion leaders and hard-working people with active lifestyles, as the company’s website claims.

The Red Bull fulgtag proves to be a successful way of promoting its product. The Flugtag is an opportunity for aature pilots to create crazy flying machines and attempt to fly ohe pier. It also focuses on promoting its product on school campuses , pushingbrand leaders to sell the product on site. Although Red Bull is generally produced for consumption during prior to thysical or emotional strain, it also has a reputation oasa mixer and hence sponsors Red Bull Music Academy.

Through these strategies ,Red Bull can develop a relationship with its consumers . Theevents whey host provide a good opportunity for youngsters to experience new events and have fun. Red Bull remains in a niche market as it is unsuitable for children under 16 and the elderly.

After extensively analyzing Red Bull I have come up with various ways in which Red Bull can maintain its market with in this competitive market.

In the cnearfuture ,Red Bull should maintain to develop its international scope to eenter new markets and increaseits strong grip in countries tin which it already exists

In the U.S. the market where Red Bull has been gaining strength rapidly since its 1997 launch, space still remains for growth due to the fact that the brand was only available in half of all U.S. convince stores in 2005.

Due to the ever increasing popularity of energy drinks, the company’s client based also has room to expand and should continue to do so.

Red Bull 2006 release of sugar free sub brand dose not appears to have boosted sales. However, despite the first ever variant in the Red Bull portfolio receiving a lukewarm reception, the company may try boosting sales with either another line extension or even through the development of another brand entirely.

Where Can I find Online Help for Business Assignments?

Essay on Effectiveness of Production Management Methods and Techniques