Over the decades, there has been much discussion regarding the formation of the Grand Canyon. Currently, the most accepted explanation is that it formed as the Colorado River found its passage into the Ocean. However, this concept is conflicted by some facts. Firstly, water erosion could have taken a longer time period than what is currently believed to be the age of the canyon/river. Secondly, it doesn’t justify some of the key characteristics of the canyon/river.

Also, the size of the Colorado River delta does not justify the extent of erosion that is believed to have happened over the years. The possible reason behind this is that the amount of material eroded by the river is much larger compared to that removed by canyon formation, assuming the development of canyon walls by fracture signified by precipice and cliff.  The neighboring plateau can serve as another possible reason behind the formation of the Grand Canyon.

Orogens as well as high plateaus form as a result of collisions between two continents. Moreover, plateaus can form into intraplate terrain. Evidence from various geological researches shows that there is a relationship between upwelling of the strong mantle, uplifting and faulting as well as the course of volcanism. Some of the geological findings show that the origin of the canyon can be ascribed to uplift. Such circumstances result in the uplift of the terrain and the speed of canyon cutting equals the extent and magnitude of uplift. Perhaps, uplifting not only resulted in the development of the plateau but also the faulting of the crust. Thermal expansion was followed by the fracturing of the plateau resulting in the total crack distance of the smallest distance.

In the present research study, a fractured matrix similar to that of the canyon has been simulated by an experimental model to prove that the Grand Canyon formed as a result of fracture tessellation due to pressure. A block of paraffin placed over a heater provided a simulation of the upper mantle of the Plateau. A brittle layer is also represented with the plateau. At a calibrated temperature, the melting of the wax results in the dynamic liquid layer right below the brittle layer. The thermal expansion of the heated wax results in brittle layer lifting. Also, the resulting increase in the volume leads to vertical movements. The use of water was prevented.

Table 1. Given below summarizes the experimental system of the model.

The analog material used was suitable for the formation of rift resulting from the uplifting as well as thermally expanding comparatively less to the wax subject to heating. 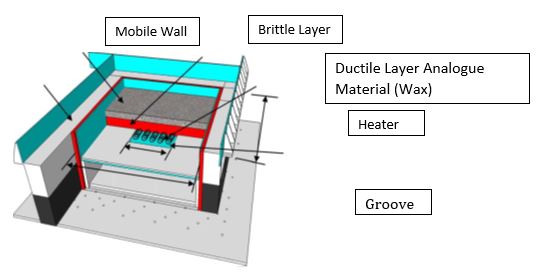 The experimental set-up of the model is shown above.

Colorado, a south-western US province, which is stable in the current eon has experienced epeirogenic uplift in the Cenozoic era, with the most recent one at age 5 MA. After considering the geologic and geophysical data it seems that there is more than one mechanism responsible for this uplift. Various explanations have been given for this uplift but the most reasonable one seems to be thermal expansion.

The high electrical conductivity and seismic velocities of the low upper mantel indicate that the upper mantel under the plateau heats irregularly and may cause some thermal expansion. Built-up of enough heat under the plateau may activate melting and movement of magma which weakens the mechanical strength of the lithosphere and cause it to the rift.

In this experiment, it was found out that the second mechanism played a major role in the uplift of the plateau. It seems reasonable as most of the natural substances get volume increase after heating. As can be seen from fig. 2, pressure accumulates in the brittle layer after thermal expansion of the heated wax which is subjected to further uniform layer-parallel tension due to high temperature. This then causes the brittle to fracture with the wax to flow in zones of the deeper rift. 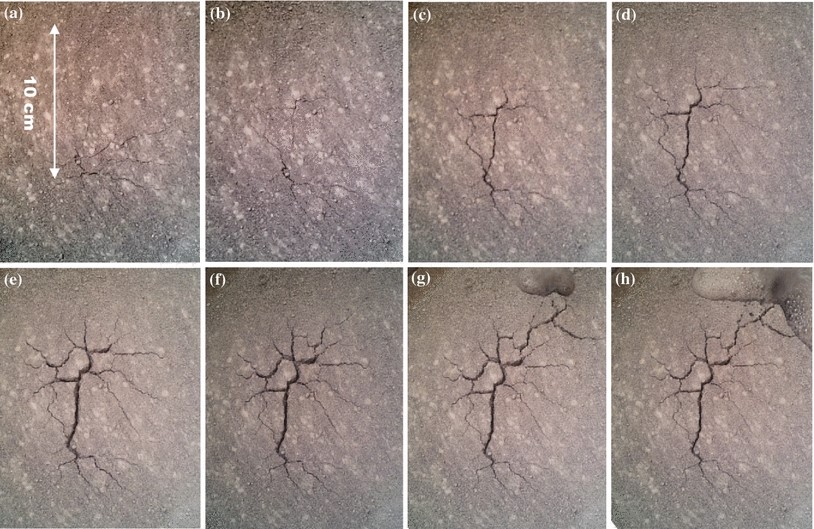 Fig. 2 Result of the experiment in brittle and wax material with horizontal traction

This experiment shows that due to high temperature the wax caused cracks in the rock as uplifting started. Cracks were observed in a top-down pattern of propagation. As the temperature was increased a second uplift occurred which was faster than the first one. Due to this fast uplift pressure was released in the wax layer and caused it to flow from areas of higher pressure to lower pressure. That further forced the fractures areas upwards, causing elevation of the surrounding areas with maximum elevation in the middle. After melting of all the wax maximum uplift was observed and the width of the crack was obtained. Rifts were in a top-down pattern and may have pierced the whole layer.

In this experiment over the meter, scale uplift was observed in centimeters over the entire layer. It occurred at the same time and built mountain-shaped belts going along the sides of the rift. Significant uplift extends for tens of centimeters to the close area. As the fractures moved away from the center of the layer, a subsidence rebound was observed in the uplifted area that caused the fracture to close. This experiment also indicates that Grand Canyon was formed episodically both rapidly and slowly. It confuses geologists that the small tributaries which don’t even have water the most of the time could shape the Grand Canyon. This further leads to a belief that its formation may be due to triplet junction rather than water erosion.  The experiments and field investigations suggest that the formation of the Grand Canyon is due to a mechanical system.

As cracks developed, later on, wax flowed out from their tips. This may have been because of a mechanism similar to magma channeling from center to rift in the hotspot boundary as has happened in the Yellowstone Plateau. The movement of magma from its source to the surface may be due to cracks caused by uplifting. This causes the upper brittle surface to sink, the volume of subsidence is parallel to the volume of wax moved. Evidence suggests that the original depth of the Grand Canyon may be due to lava basalts rather than water erosion.

The complexity of the surface fracture matrix increased with the increase in the heating, which was quite predictable. The study showed the probability of the emergence of a river on the already present fracture system as determined by the elevation. A study carried out by Karlstrom et al. deduced that the development of the Grand Canyon was under at age of 5-6 Ma due to linkages with paleocanyon’s. It is assumed that the distribution and desegregation of paleocanyonss resulted in the present flow of the river.

Following the results from previous studies, it is shown by the experimental model that the development of the river occurred after the formation of the canyon. It is shown by the current study that the prevailing terrain has been caused by the rifting due to uplifting.

It should be highlighted that the emergence of the canyon’s parts occurred in precedence to the formation of the river passage. The rift developed due to thermal expansion, deepened the canyons, and over time, as well as landslides at the slopes made the passage of the river wider.

Queries arise while providing an explanation for the rate of the incision over time as well as its spatial and temporal patterns. A possible explanation can be provided by thermally-induced uplift simulation models. The higher incision rates can be explained by the increase in buoyancy due to the heating of the mantle layer.

This study suggested that 2 main factors are affecting the uplift mechanism, one being melting due to heating and the other de-compressive mantle flow. The resulting rift due to these mechanisms in the Colorado Plateau can lead to the formation of the Grand Canyon. The experimental model formulated in this study can be used to provide a specific time scale of the uplifting mechanism.

Topics to be covered in the future include:

OSHA Standards: The purpose of variances and why they are important