Every country has different social, cultural values and norms. The quick history of Newzealand: The culture of New Zealand is essentially is a mixture of western culture. It is influenced by the geographic remoteness of the islands. New Zealand is located in the southwest Pacific Ocean. New Zealand contains topographic and climate variation.

I visit New Zealand to explore new places, people and places. I stay in New Zealand for a time period of six months. My family friend has already resided there. Meori has begun to interact with European visitors and settlers. The culture is in the modern era shaped by the urbanization. It is the revival of traditional practices and close interaction with the New Zealanders and European.

The arrival of Europeans to New Zealand starts from the 17th century. It brings enormous changes to the Maori way of life. Both are visually different. European and Mori people belong to different cultures and tradition.

New Zealand has a fantastic mixture of art and culture. New Zealand is a worth seeing culture. The first time, I visited Auckland city in New Zealand. I stayed three months with a homestay family. The flight was almost 21 hours from Riyadh, Hong-Kong and Auckland city. There are very unique customs in New Zealand from food, sports, and hospitality. The culture puts the impression of the indigenous Maori and observes the various shades of the multi-ethnic migration. In every country, the scenario of culture is different.

The people have different traditions, cultural and social values. New Zealand culture has been broadened by the globalization, and the people immigration from the Pacific islands, South Asia and West Asia. I stayed with a family and spend a good time with them. The people were very nice and sweet. I used to watch the rugby game with them.  I have experienced the culture of kiwi and Maori people with them. The people of New Zealand like to visit each other especially their relatives.

Maori is the indigenous people of New Zealand. The language of the Maori people is “TE-REO”. It is originally discovered by Polynesians between 1200 and 1300 C.E. The country was settled by Maori and areas were named after the Kiwi (tribes). In 1642, the Dutchman Abel Tasman named the land Staten Island (Weaver).” This was soon changed to Nieuw Zeeland, after Zeeland in Holland. 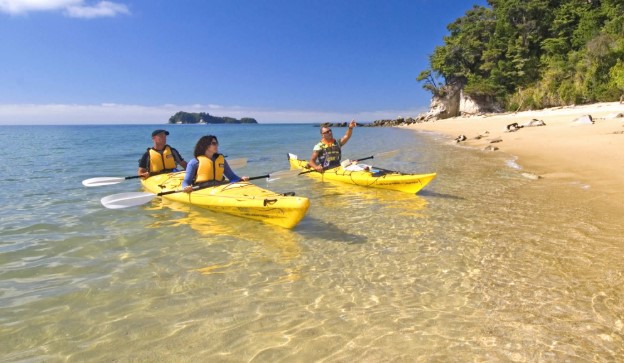 Tasman was attacked and never landed, but in 1769, James Cook claimed dominion for George III of England. In 1860, New Zealand brings Chinese minors from Australia, China, and Hong Kong. The people are chiefly market gardeners and café owner. The emerging culture of memory symbolizes its culture. The culture of Maori (taonga) is reinvented. Some parts of the culture are incorporated in public events and ceremonies

All black rugby team performs a “HAKA”. Haka is a war dance. Before starting a game, Mori people give the challenge to the other people.  A popular rugby team is called “a black “Maori tourism is a growing industry throughout New Zealand, Most of the Mori live in a north island. Maori like to see traditional dances. The Maori have a rich culture. The large influence is on the north island.

The Rotorua is a unique village of Maori. The Maori food is cooked under the hot stones is known as “hang”. Legend is passed through the telling of stories by the older generation. The stories relate to the creation of the islands of New Zealand. The Maori people focused on a social, cultural and spiritual life within the community. Mostly Maori people define themselves by the tribe system.

The family concerns are very important. All the people are connected with blood relations and in-laws. The most important part of the Maori culture is dancing. The people formed their culture, language, and tradition. Maori people gives warm welcome to other nations. The Maori people mostly like to speak English in schools and official places. The arrival of European settlers broke out the war in the land.

Kiwi is the famous bird of the New Zealand that cannot fly. The kiwi is also used to refer to a people and things link to the New Zealand people. It is mostly used “Kiwi team” or a “Kiwi accent”. Many people in New Zealand like to enjoy a British culture. Sports play a very big part in the lives of the New Zealanders. The most popular game is Rugby that is played in the season of winter.

All black nations team are renowned by this game. In the summer season, the cricket is mostly played. The most popular games are tennis, bowls, swimming, horse riding, sailing, golf, and athletics. Many people enjoy the tradition. These traditions are inherited from the British. The main meal is eaten during the evening time. The people of New Zealander is like to visit each other home.

The Maori people are very lovable, hospitable and great love to follow their tradition. However, most of the homeless population are from the Maori. The people of Maori are in the influence of deep poverty. Many of the people are jobless. There is no house for living. But the reforms come with the passage of time.

The indigenous people come from the mythical Polynesian homeland of Hawaii more than 1000 years ago. I experience the indigenous people culture organized tour. I learn a weaving or demonstrating the fascinating myths and legends. I observe the best place on a Marae (tribal meeting grounds). The tribal discussion was made and solve the issues of the people. Hangi feast cooked in earth ovens.

The Maori hunted a large number of birds and fish. The people mostly give the warmer Maori is the second language of New Zealand

The Haka is traditionally war dance used on the battlefield. The groups came together in peace. Haka dance shows the tribe pride. Actions show violent foot stamping, tongue protrusions and slapping of a body in a loud chant. The words of Haka often used poetically used describe the tribe ancestors.

In the countries of Europe and USA, they have the poor living standard, indigenous people have no political power. Their tradition and culture are used as a business like a haka dance. There are 10 million indigenous people lived in the United States and they become part of it. As time passed, these migrants and their descendants pushed south and east, adapting as they went.

How do I Write a Successful scholarship Essay?