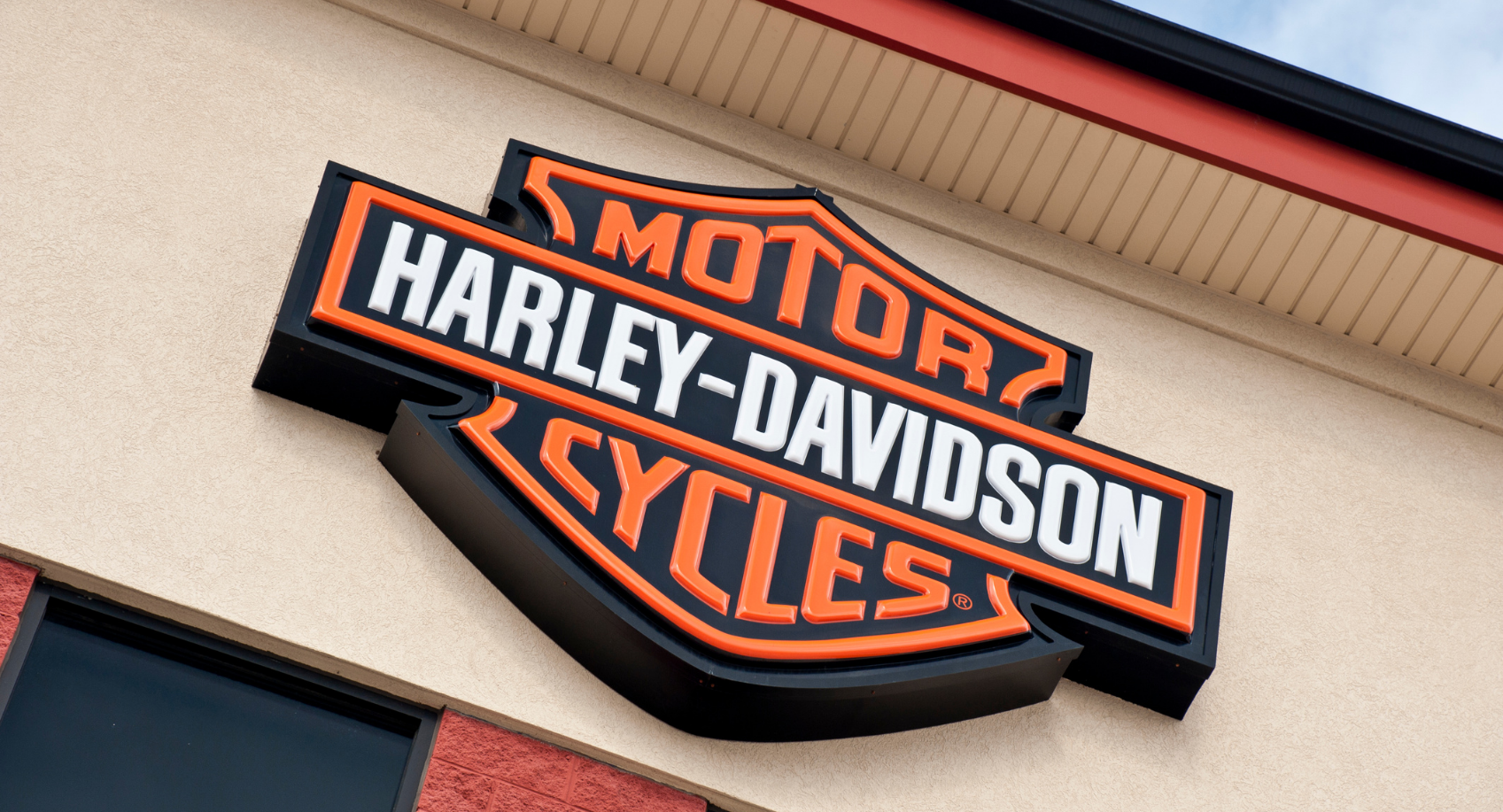 Harley Davidson Inc. is an American motorcycle manufacturing company. It was founded by William S Harley, Arthur Davidson, Walter Davidson, and William A. Davidson in 1903. The company has its manufacturing factory in Milwaukee, Wisconsin USA.  In 2013 the company sold 206,839  new The company had 54.9% of the market share in America of new motorcycle registration in 2013 (Harley Davidson, 2014). After the financial crisis of 2008/2009, Harley Davidson has undergone its profits and decline in sales. Harley Davidson’s CEO, Keith Waddell requires an appraisal of a company’s competitive advantage, how It can be sustained, and recommendation of changes in the company strategy. There are several problems faced by Harley Davidson such as strong competition from its rivals. The company has global competitors those influence the performance of the company such as Yamaha, Ducati, Honda, Kawasaki, and Suzuki. Mostly competitors are based in Asian countries which utilize cheap labor, raw material manufacturer and provide high-quality products, whereas Harley’s manufacture is mostly based in the USA which cost it higher than other suppliers and reduces its net profit due to high operating cost (Harley-Davidson Acquires Both MV Agusta & Cagiva!, 2008). Quality issues are present in Harley Davidson’s motorcycles.

The company hardly survived a period of poor quality control and competition from Japanese manufacturers. Harley Davidson is expanding its operations globally, which arise capacity constraints. Harley Davidson has operations in 89 countries with more than 1458 dealers. 79% of the dealer is based in Europe and USA (O’DELL, 2000). Rest company operates its dealership store in Brazil, Australia, India, Canada, Japan, and the middle east. To meet demand in every country Harley Davidson facing many capacity and supply constraints. Most of the manufacturing factories of Harley Davidson are based in the USA and subsidiaries are in the rest of the world, but finished motorcycles are delivered from the USA. Due to high labor costs, logistics cost and carrying costs in the USA increase the manufacturing cost of the motorcycle. The high cost of operation ultimately reduces the net profits of Harley Davidson compare to its competitors. The baby-boom generation in American that has traditionally favored the iconic, larger bore, heavyweight motorcycles is again. The customer profile of Harley Davidson is ranging between 35 to 50 years ago. Customers’ taste and changing with market trends has created a very serious problem for Harley Davidson (Harley-Davidson Acquires Both MV Agusta & Cagiva!, 2008).

The young generation in the US, along with Asian and European countries prefer sports, fast, lighter and sleeker motorcycles. In many countries, peoples prefer their domestic motorcycle manufacturers such as in Germany, japan, china, and India. Government imposes high taxes on imported bikes as well as a ban on riding in big cities which slows down the growth of Harley Davidson. One more problem is Harley does not have an advantage over its rivals based on economies of scale, as well as Harley lacks total quality management in its operations.

No doubt Harley Davidson has a problem in their operations to achieve a competitive advantage over its rivals, but Harley Davidson has many competencies that can mitigate the weakness.  Product attributes and positioning of Harley Davidson hold strong strength which identifies and differentiates products from competitors. Harley is known for its styling throwback traditional design and customization which can be lead to the competitive advantage of the company in the future no matter the new generation like light and fast motorcycles, but if Harley Davidson combines its R&D and Traditional design which can help it to lead in marketing (Harzing, 2013). Moreover, Harley Davidson has many strengths as well as weaknesses. By evaluating and analyzing these strengths and weaknesses Harley Davidson can sustain and compete with rivals. Some of the weaknesses of Harley Davidson are such as the high price of motorcycles for customers, the high cost of operations, the lack of a strategic approach to gain more market share, and financial problems. On the positive side, Harley Davidson has some strengths such as strong brand loyalty, huge share equity, highest market share in the heavyweight motorcycle market, Customization of motorcycles, and a huge network of suppliers. However, the company has an external environment that can influence its performance (International Journal of Motorcycle Studies, 2013). The external environment either contains threats or opportunities. Main opportunities in the external environment for Harley Davidson are such as global demand for motorcycles, countries like India, China, and other Asian countries half of the population in those countries own motorcycles so as well as traffic problems are increasing which generate new market demand for motorcycle use (Ohara, 2012). Another opportunity Harley Davidson can utilize is women and younger becoming interested in a motorcycle which opens a new gap in the market that can be fulfilled. Moreover, as fashion of heavyweight motorcycles in European and Asian countries evolving very fast which can be utilized. In east Asia and South America has cheap labor and manufacturing cost so Harley Davidson can take advantage of those geographical locations. Threats and uncertainty are always present in the market same are for Harley Davidson, globalization is the main threat for Harley Davidson because foreign companies with more innovative technological motorcycles are entering the motorcycle market and big giants are buying small companies to increase their productivity. Another threat can be government rules,  regulations, and a ban on motorcycles due to safety on roads. Based on mention above strengths, weaknesses, opportunities, threats, and competitor information helped us to develop a SWOT matrix, IFE matrix, CPM, EFE matrix that results from some alternative solutions that can help Harley Davidson to gain a competitive advantage and sustaining it for the future (Harzing, 2013). However, we also developed Porters 5 forces model to analyze core competencies and weaknesses of Harley Davidson which revealed that competition in the market is high. Major competitors of Harley Davidson such as Yamaha, BMW, and Honda has large capital structure and marketing resources. The strategic alliance between Suzuki and Kawasaki in the development of design, engineering, and manufacturing of motorcycles strengthened them as the market giant. However, the new entrance of new competitors in the market is very low. To new entrance, there are high barriers and require high capital cost or they have overtaken competitors (Rumelt, 2003). Whereas substitutes for motorcycles are very low because Harley Davidson is a luxury motorcycle. The bargaining power of suppliers is very low because motorcycles are made of steel, electronic equipment, and aluminum hence there are a large number of suppliers in the USA as well as around the world. However, the bargaining power of buyers is high due to a lot of competitors in motorcycle manufacturing.

After the analysis of Harley Davidson’s competencies and weaknesses as well as the external environment, we found some alternatives which can help Harley Davidson to gain a competitive advantage over rivals and sustain it for a long time.

The first option is Harley Davidson should spend on R&D of design and manufacturing of motorcycles as we saw found Harley Davidson heavyweight motorcycle is not preferred by younger but it’s a unique core competency of Harley Davidson. So I should consolidate customers’ demand in traditional motorcycle style and provide an innovative look for the younger generation (Hoffman).

The second option is company lack supplying motorcycles in European and Asian markets, it should build more organizational infrastructure in a low-cost manufacturing location so that Harley Davidson can boost its production to meet market demand by manufacturing at a low cost.

The fifth alternative is Harley Davidson make collaboration with its suppliers and strategic alliances to jointly develop motorcycle design and business strategies.

For gaining and sustaining competitive advantage as well as for capitalizing on product differentiation and cost efficiencies I recommend opening manufacturing and selling operations in Asian countries like China, Japan, India and many more can reduce operational cost because in Asian countries Harley Davidson does not have to pay health care cost, pensions and labor is very cheap as well as raw material resources are cheaper than in American. Moreover, the distribution and transportation cost to ship in another part of the world is less than comparable to America. As well as I recommend Harley Davidson jointly collaborate with suppliers to develop innovative heavy-weight motorcycle designs that attract customers.

Harzing, A.-W. (2013). The competitive advantage of nations: An application to academia. Journal of Informetrics.

Hoffman, N. P. (n.d.). An Examination of the “Sustainable Competitive Advantage” Concept: Past, Present, and Future. The University of Alabama.

Ohara, M. a. (2012). Asian Industrial Development from the Perspective of the Motorcycle Industry. IDE DISCUSSION PAPER. Retrieved from http://hdl.handle.net/2344/808

Rumelt, R. P. (2003). What in the World is Competitive Advantage? The Anderson School at UCLA.